The name of this street has been referenced since 1469. In the intervening years, it has also had the name ‘Pepersteeg’.

There are around 61 examples of a ‘Peperstraat’ in the Netherlands, throughout all the provinces. The streets are often named after the trade in the spice pepper. Amsterdam used to be home to a ‘Peperwerf’ and there is still a ‘Peperstraat’ where the VOC’s warehouses used to stand. 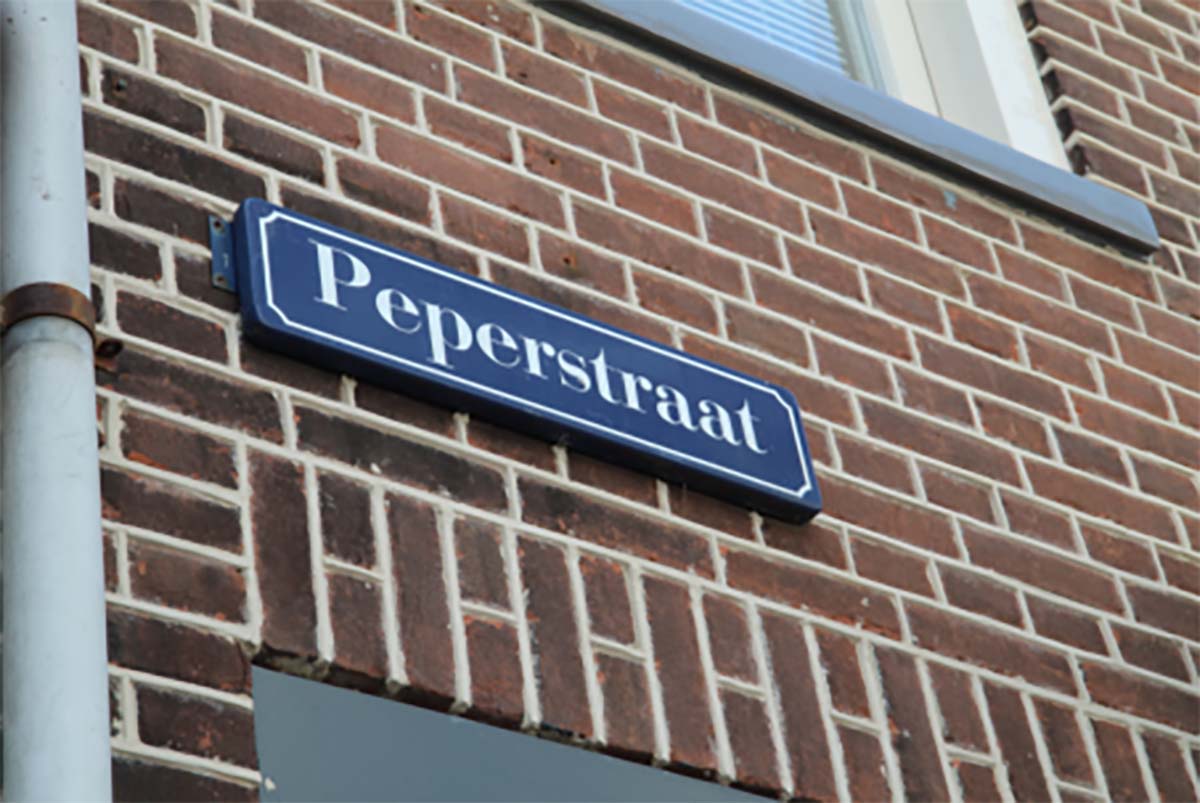 ‘Peperstraat’, however, is not always named after pepper itself; it can also refer to duties or taxes as you used to be able to pay your taxes using the spice. Pepper has been a trading spice since the Middle Ages. In the 16th century, the demand for pepper was one of the reasons behind the creation of the VOC.