De Stier (‘the bull’) was created by Amersfoort artist Thijs Trompert for the Urban Wijland manifestation in 2006. Twelve artists wanted to enable Amersfoort residents to see their neighbourhoods from a different perspective. The artists made works for two locations (Urban) and the surrounding area (Wij-land) to depict a link or contrast between them.

According to Thijs Trompert, the difference between nature in the outer areas and culture in the city is not that substantial; the rural areas are essentially cultural interventions in the landscape and there is huge biodiversity between the paving slabs on the city streets. But people rarely see the potential collaboration between culture and nature and, instead, leave their rubbish behind. On the one hand, rules which disrupt our own, natural behaviours and, on the other, mountains of waste and manure that are not passed back to the natural world in an appropriate manner. For the meadow, he made a lost city dog that could not find a lamppost and, in the end, did what he had to do in a somewhat awkward manner. In front of the town hall, he created a lost bull that was ‘doing its business’ on the pavement by the social services offices. Both animals have been essentially uprooted and are leaving their droppings in the wrong place. Both creations were made from misplaced materials that we usually regard as waste.

Later on, the bull was displayed at Kunstkavel in Vathorst. From 2007, the wooden beast was located at the roundabout by the Kamp but on 30 July 2009 it was set on fire by vandals. An alternative for the Stier was then sought. hijs Trompert, alderman at the time Arriën Kruyt, and business man Franz Schrandt came up with the idea of creating a new bull from more resilient and ‘vandal-proof’ materials and, in turn, created a steel bull. The wooden bull turned out to be an unintentional prototype for a new, superior steel beast. On 27 March 2011, the new Stier was officially installed in its place. 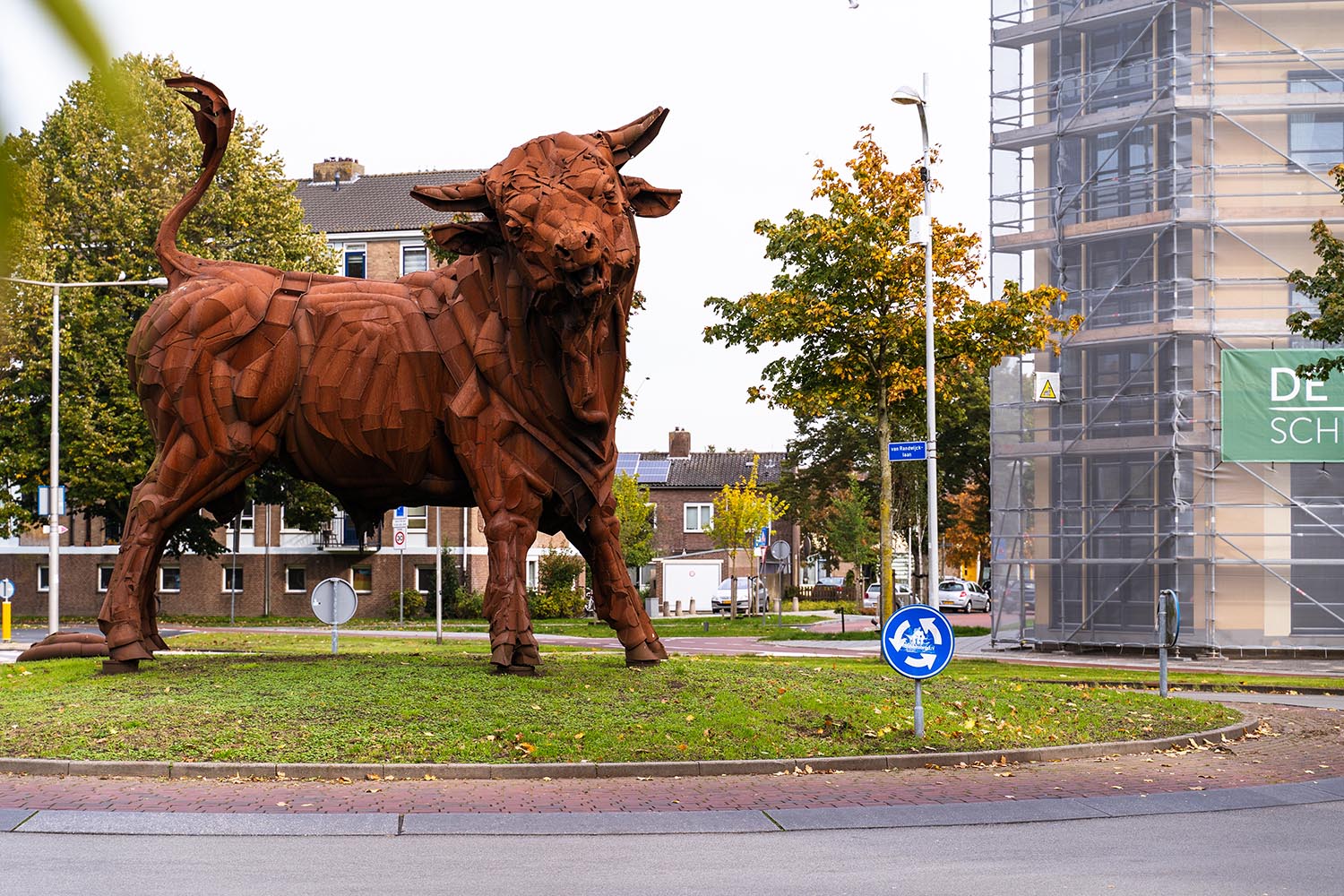