Eliazar Pinto was born in Winschoten on 7 March 1896. His parents were Jakob Pinto, a gentleman farmer with a bull breeding farm, and Reina de Levie. Eli, who was usually known as Piet, grew up in a family of three children. He had an older brother called Jacques (Winschoten, 17 December 1894) and a younger sister called Sophia (Winschoten, 7 July 1897). The first child of father Jakob and mother Reina, also called Eliazar (Winschoten, 16 August 1893) died before he reached the age of six months, on 12 February 1894. 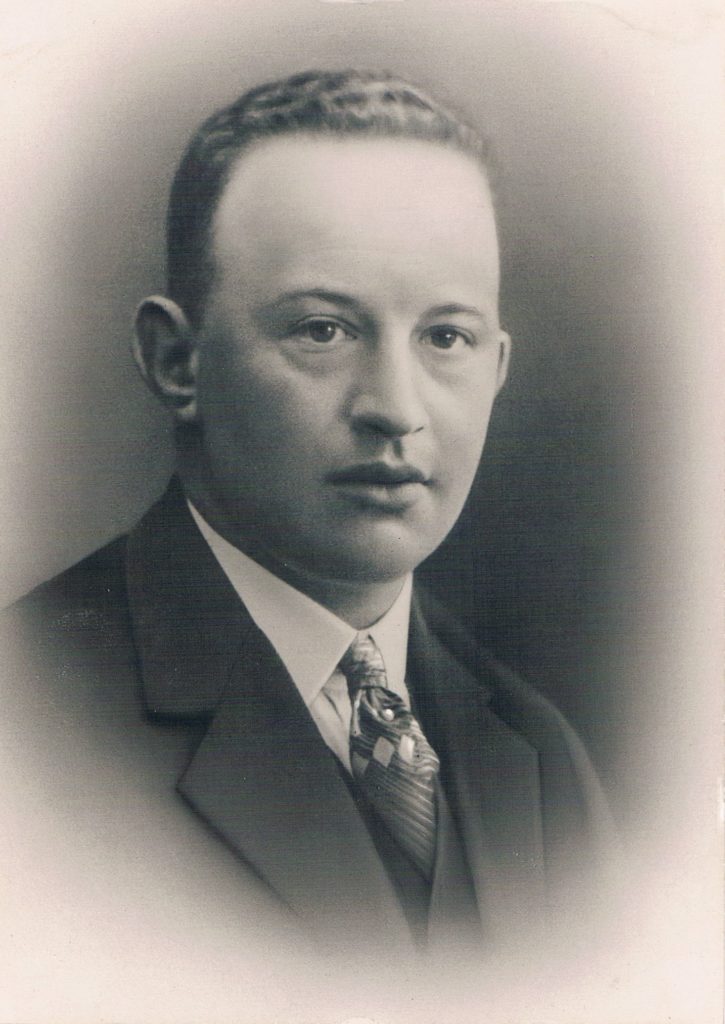 Just like his father, Piet became a cattle dealer and worked alongside his father in the company. At the age of 31, he married the 24-year old Maria (Rie) Behr. The wedding took place on 15 August 1927 in Assen. After the bankruptcy of his father’s company, Piet became a representative for the Jetta bicycle factory owned by his father-in-law in 1929. After their marriage, the couple lived in Groningen and had two daughters, Jetty (1931) and Renée (1932). In 1938, they moved to Jan van der Heijdenstraat 19 in Amersfoort. Amersfoort is a relatively central location and that was practical for Piet in terms of his work as a representative. His sister Sophia (Fie), with whom he was especially close, also lived in Amsterdam with her husband Ee. Piet worked for the factory every day of the week but on Sundays he took his family into the countryside on their bikes.

The war then started to have an increasing impact on their lives. In 1942, all the Jews in Amsterdam had to be registered. Piet was planning to do so as he did not dread to go and work in the East. His wife, Rie, however, was not as trusting and organised an address for their two daughters to go into hiding. She and Piet ended up in a dirty overcrowded guesthouse in The Hague. After a raid, they were captured and taken to a police station. Rie successfully escaped but Piet was taken to Camp Westerbork on 12 March 1943. An escape attempt from the camp was unsuccessful. On 23 March 1943, he was transported to Sobibor. He was murdered as soon as he arrived on 26 March.

Rie and her two daughters Jetty and Renée hid at various addresses and survived the war. Piet’s mother, his sister Fie and her husband Ee also survived the war, as did brother Jacques who emigrated to the United States in 1954.