Bernhard Jakob de Beer (known as Teddy) was born on 29 July 1903 in Bielefeld (Germany), son to Charles de Beer and Mietje Cappel. His parents lived in Germany due to the work of father Charles, who worked for a Westphalian margarine manufacturer. A year and a half earlier, in Kleef, the sister of Bernhard Jakob, Suzanna, was born. In 1904, the family moved to Rotterdam, to Boezemsingel 180. The profession of Charles is given as accountant on his family card. Around two years later, on 06/07/1906, they moved to Brussels, to Molenbeek-St-Jean. However, on the same day, Charles died in a car crash in Molenbeek at the age of just 32. Bernhard was less than three years old. Two weeks later, his mother reregistered with her two children in Rotterdam. In 1916, after Mietje’s sister Rachel Anna died in 1915, Mietje married the widower of her sister, Philippus Pool, who also lived in Rotterdam. Special dispensation from the queen had to be granted for this marriage between sister and brother-in-law as it contravened article 88, paragraph 1 of the Dutch Civil Code. The act for this dispensation was appended to the marriage certificate. 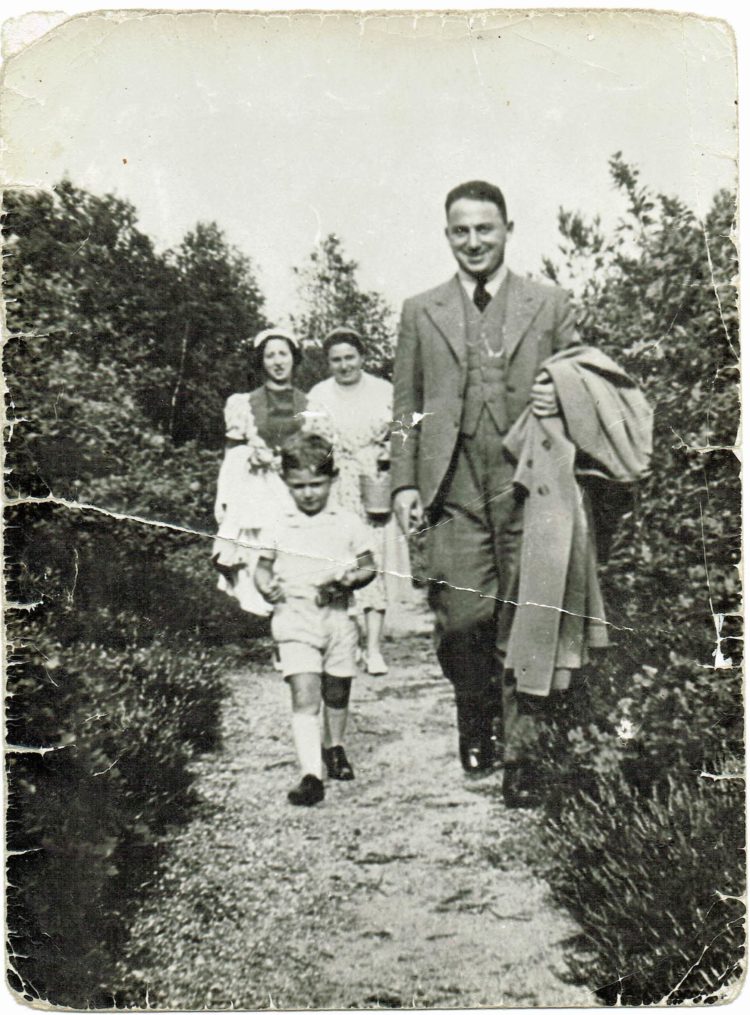 In 1922 the 19-year old Bernhard relocated to Breda where he lived with family member Markus de Beer and his family. Just under two years later, he returned to Rotterdam, to the address of his mother and step-father. A further two years later, he moved to La Louvière, a city in the south of Belgium. When he married the 22-year old Sara Roza (Suze) Blom in Rotterdam on 07/06/1928, she also moved to La Louvière. According to the marriage certificate, Berhard was a business manager. In 1931, the couple returned from Schaarbeek (now part of the municipality of Brussels) to Rotterdam, where they then lived at two addresses. At the end of 1931, they moved to Wijersstraat 12 in Amersfoort and, six months later, to Bankastraat 11. Their son, Charles Jacques was born there on 20 March 1934. In June 1938, they moved again, to the Buys Ballotstraat 37. Here, their daughter Maryse was born on 9 May 1939. Bernhard worked as a representative for essence factory Polak in Amersfoort. Son, Charles still remembers the stunning green Citroën which his father had at the time.

In 1942, the family had to leave their home in a hurry. They took their car and drove towards The Hague, where they hid at various addresses. At some point, Berhard and his wife decided to split up the family. The children were taken to various concealed locations by the resistance. Charles ended up in Kinderdijk while Maryse went to Dordrecht. ernhard and Suze first stayed in The Hague. Initially, they stayed at the address where Bernhard’s mother was hiding, they then stayed with the Van den Bergh couple who were decorated for their resistance efforts in April 1987. Bernhard, however, struggled to cope in hiding. He and his wife left for Brussels. They were safe there for almost a year. However, on 19 June 1944, when Bernhard ventured outside to buy cigarettes, he was arrested, transferred to Mechelen and then taken to Auschwitz. Once there, he was murdered after 1 November 1944; the exact date is unknown .

His mother, Mietje Cappel, was deported via Westerbork to Sobibor and was murdered there on 16 April 1943. His sister Suzanna survived the war. She lived for many years after the war in Israel but eventually returned to the Netherlands. She died on 15 January 1985 in Amsterdam at the age of 83.

Suze and the children

Bernhard’s wife Suze and their two children survived the war. The children had a good life with the ‘parents’ who looked after them while in hiding. Although mother and children were reunited in 1947, there is no mention of a happy family tale. Suze Blom died on 13 May 1991, at the age of 85. Son, Charles, who was just eight when he saw his father for the last time, only has a few concrete memories of him, but they are fond memories that still give him warm feelings.