Else Schottländer was born on 1 February 1891 in Werdau to the family of Isidor Schottländer and Rebecka Seligmann and had two brothers, Emil and Moritz. Else married Leo Bruno Jany. They lived in Breslau, now known as Wroclaw, in Poland, where their two children were also born: Eva Ruth Flora on 11 December 1912 and Heinz Ino Max on 10 July 1917. After the death of Leo, Else became a young widow. At the start of the Second World War, she lived in Reydt and worked as a nurse in Mönchengladbach-Odenkirchen 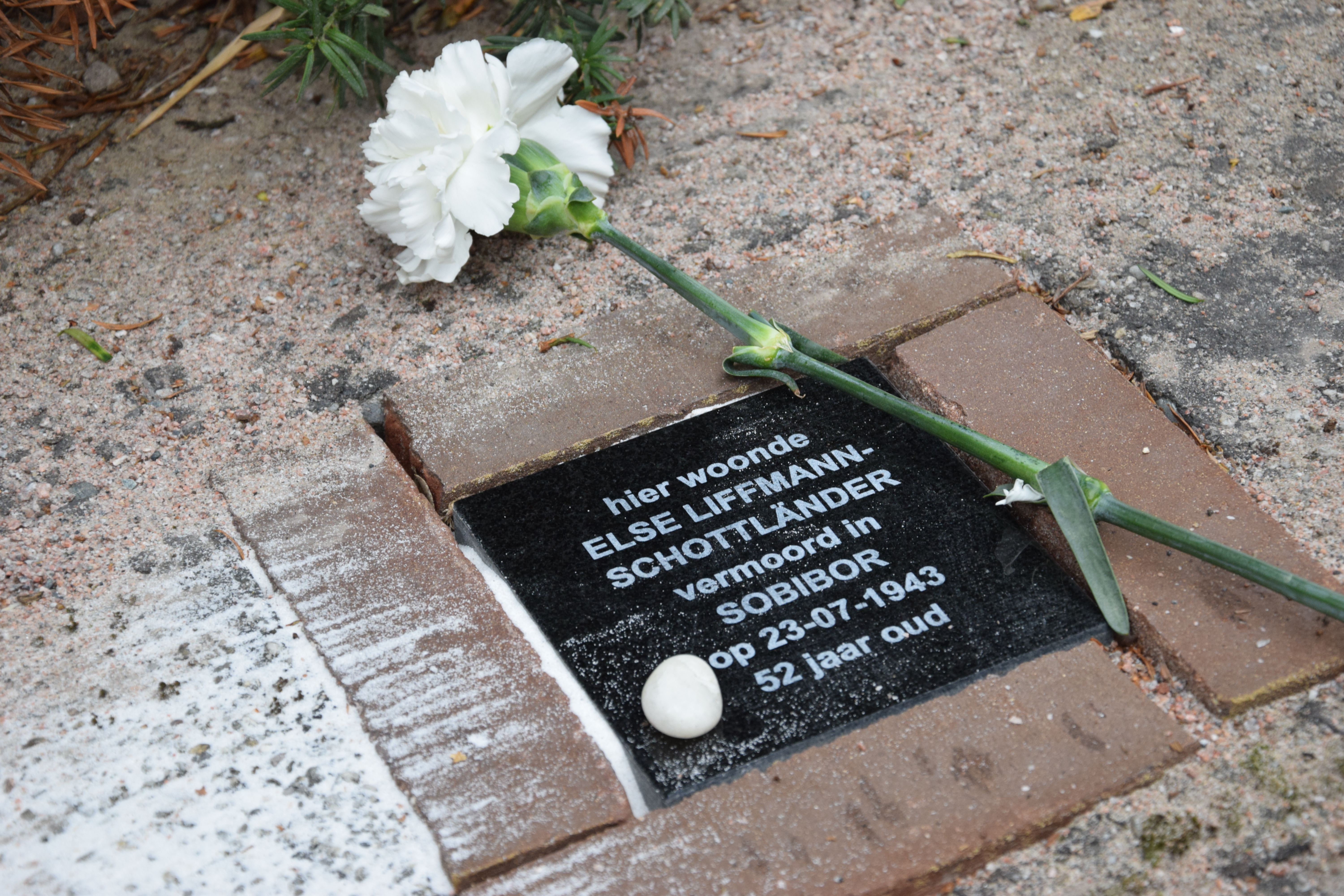 In 1940, Else and daughter Eva decided to flee Germany. Son Heinz had already fled to Bogota, Colombia in 1936. Else and Eva quickly found themselves living in Haarlem but, in October 1941, Else was registered with the family Cramer at Bankastraat 19 in Amersfoort, where Eva had lived since May. In October 1942, they had to leave Amersfoort and register in Amsterdam. They registered at Muiderschans 139. They then moved again in Amsterdam, to Kromme Mijdrechtstraat 82. But then they separated. It is believed that Eva may went into hiding at at two secret locations in Amsterdam.

Eva and Heinz Jany both survived the war. Eva continued to live in the Netherlands, was naturalised on 15 August 1957, and worked as an assistant nurse at the Wilhelmina Gasthuis until she retired in 1966. Heinz died in Bogota, Colombia, in 1972.

Else ended up in Westerbork in 1943. There, she married the 63-year old Albert Liffmann, a widower whom she probably knew from Mönchengladbach-Odenkirchen, a day before her deportation to Sobibor on 19 July 1943. On Tuesday 20 July 1943, Else and Albert were on the list to take the nineteenth transport from Camp Westerbork to Sobibor. The cattle wagons hauled by this last train from Westerbork to Sobibor took 2,209 men, women and children to the extermination camp in unimaginable conditions. With all the other people on the train, Else and Albert were gassed on 23 July 1943.