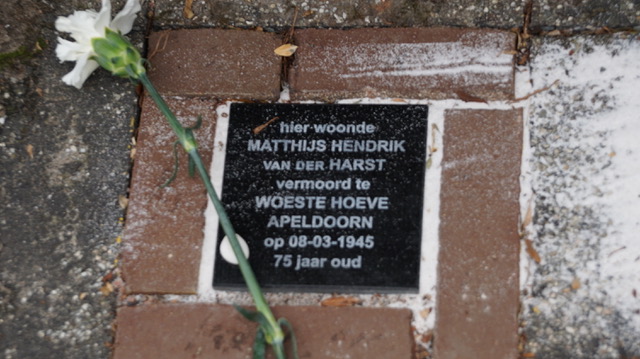 Matthijs Hendrik was a carpenter and had a building company. He lived in The Hague for most of his life. From 1924 to 1931, he lived in Soesterberg, at Amersfoortsestraatweg 91. ‘This tall, imposing figure with eye-catching grey hair was great friends with Louis de Visser (a communist politician) and sympathetic member of the CPN (Dutch communist party)’, states the CPN archive. De Visser believed that Matthijs van der Harst should make propaganda, as a non-member of the CPN. Matthijs distributed ‘De Waarheid’ (“the truth”), the illegal resistance newspaper of the CPN, and other news bulletins. In 1941, he was arrested for this activity in The Hague and imprisoned in Scheveningen for three weeks; he then had the ‘rare good fortune of being released’. He left to go to Amersfoort. During a house visit on 20 February 1945, he was arrested again and taken to the prison in Apeldoorn and then onto the ‘Kruisberggevangenis’ in Doetinchem.

In the night of the 6/7 March 1945, there was an unintentional attack on Hanns Albin Rauter, highest representative of the SS and head of the police in occupied Netherlands; Rauter was seriously injured during the attack. As a reprisal for the attack, a total of 263 people were taken from prisons across the Netherlands and shot. The biggest act of retaliation took place at Woeste Hoeve (municipality of Apeldoorn), where 117 men were killed by a firing squad. Matthijs Hendrik van der Harst, ‘our grey friend’ was the oldest of them all, at the age of 75. The victims were buried in a mass grave in the Heidehof cemetery in Apeldoorn. After the liberation of Apeldoorn, the 117 victims were exhumed and all but two of them were identified. Matthijs Hendrik was reburied at Nationaal Ereveld Loenen (national field of honour in Loenen).

nformation from the CPN archive, Gedenkboek gevallen verzetsstrijders (Commemorative Book of resistance fighters lost during the war), was used with permission. The photo of Matthijs Hendrik van der Harst came from these archives. More information about these archives can be found at www.iisg.nl.

More information about the attack on Rauter and the firing squad at Woeste Hoeve can be found on www.monumentwoestehoeve.nl and in the archive www.coda-apeldoorn.nl. 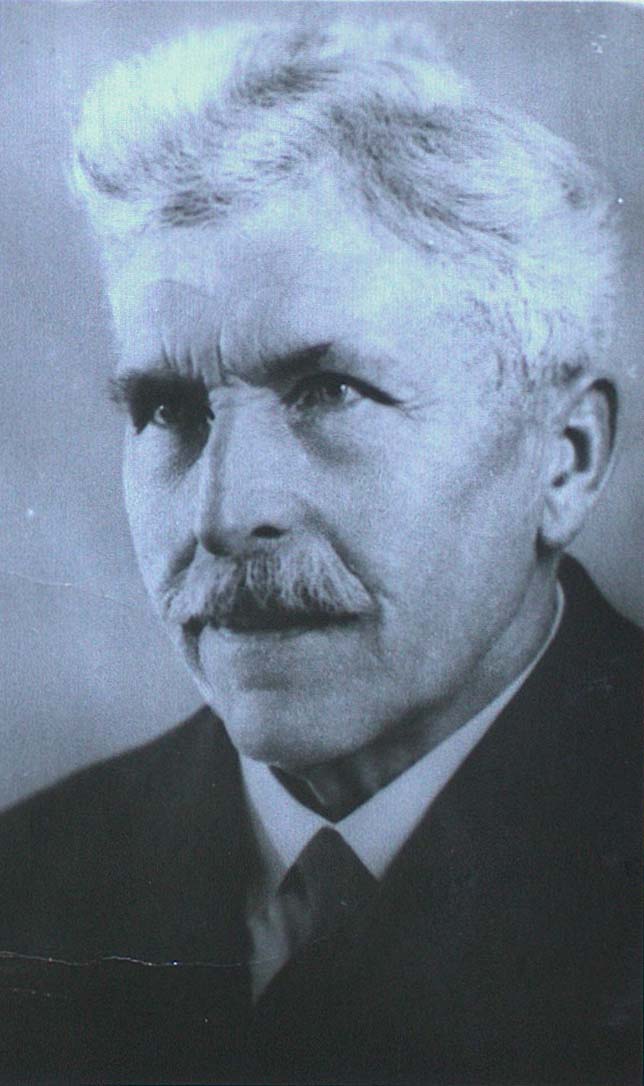