Route of the Guilds

Near the Blauwebrug, two fighting men are depicted on the water spout. This image refers to the Café Dancing Bakhuys that used to stand on the corner of Spieringsteeg, opposite the Blauwebrug, which saw a great number of fights. 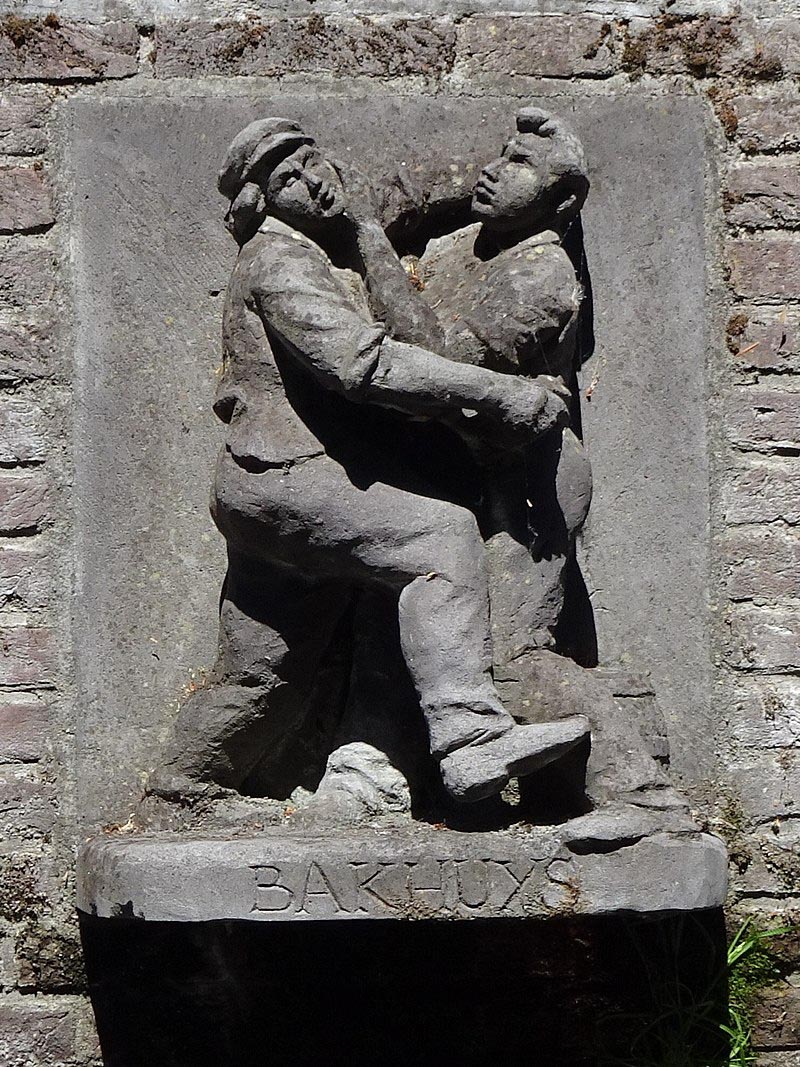