7. Convent Our Lady of Amersfoort

The congregation of the ‘Zusters van Onze Lieve Vrouw van Amersfoort’ (Sisters of Our Lady of Amersfoort) was established in Amersfoort by pastor van Culemborg, Mathias Wolff S.J. in 1822. (1779-1857). It is the oldest congregation of nuns to have been founded to the north of the great rivers The sisters were initially based in the Muurhuizen of Amersfoort. In the middle of the 19th century, the congregation purchased Huis Cohen, the house with the purple windows, on Zuidsingel 38. 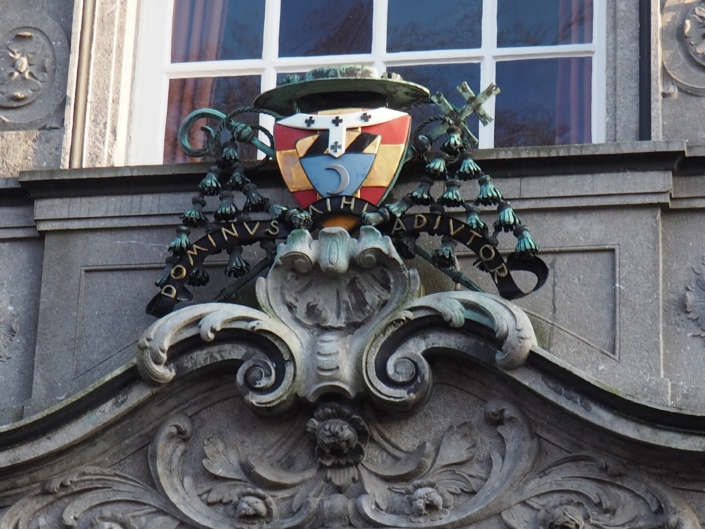 This monumental building was built in 1780 on behalf of the Amersfoort banker and tobacco trader Benjamin Cohen. The sisters used the building as a convent and also created a girls boarding school at the location. Cardinal De Jong (1885-1955) spent his last years in the convent. His coat of arms is depicted above the convent’s entrance. In 1926, the first sisters from Amersfoort led the mission to Eastern Java. They worked there under the Carmelites in Probolinggo. Until around 1960, they still had a role in educating girls on Java.