At the Grote Spui 29, there is a facing brick with the image of a ship. This brick was originally located at the earlier Grote Spui 23. Between Grote Spui 23 and 27, there used to be a little lane with the name ‘Bocht van Guinee’ There is an act from 1753 which contains a reference to Grote Spui 23 as ‘a house or dwelling, located on the Spoeije in the so-called Bogt van Guine’ (old spelling).

The ‘Bocht van Guinee’, Guné or Guinea refers to the African strait along the route to the ‘Gold Coast’. In the Netherlands, this location was referred to as the Gold Coast (Goudkust) as huge fortunes were made in the trade of slaves. 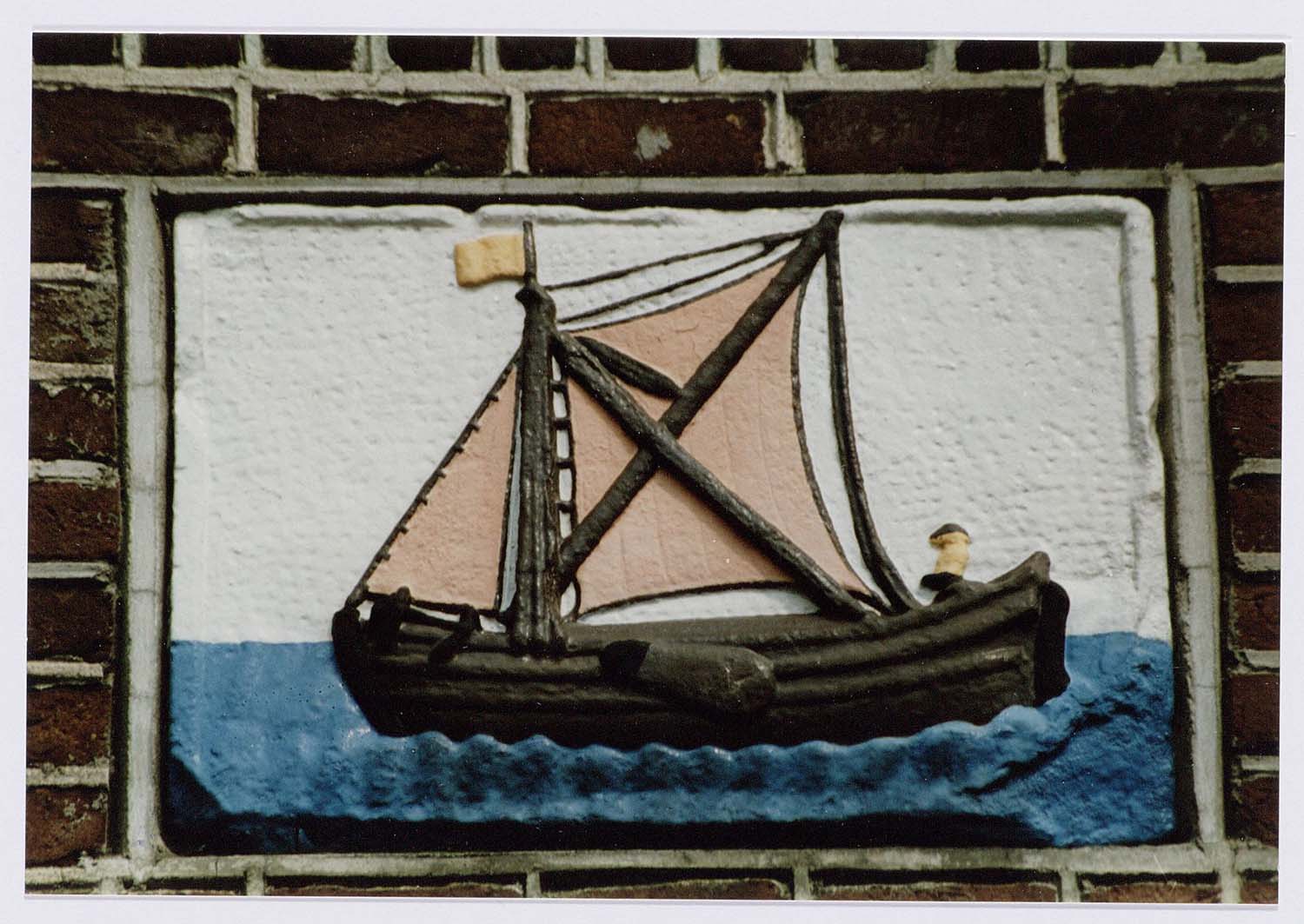 Amersfoort’s ‘Bocht van Guinee’ used to be known as ‘Dragerswelvaren’ or ‘Schipperswelvaren’ and was a hostel and pub frequented by seamen.

Nowadays, the name ‘Gold Coast’ (Goudkust) triggers different associations than it used to. There are ongoing discussions about terms such as the ‘Golden Era’ (Gouden Eeuw) and ‘Gold Coast’ because these do not reflect the dark side of history. The profits of the West-India and United East-India Company were realised while costing the lives of the individuals who had been sold into slavery.