The premises (now 3 units) called d’Eersteling was a warehouse for the storage of goods. This warehouse was designed by H. Kroes for the Department of Colonial Goods (Afdeeling Koloniale Waren), as depicted on the construction drawings from 1904 (see image). It is a typical warehouse in terms of construction, layout and its location next to the Eem. The Eem was an import/export location for traded goods. 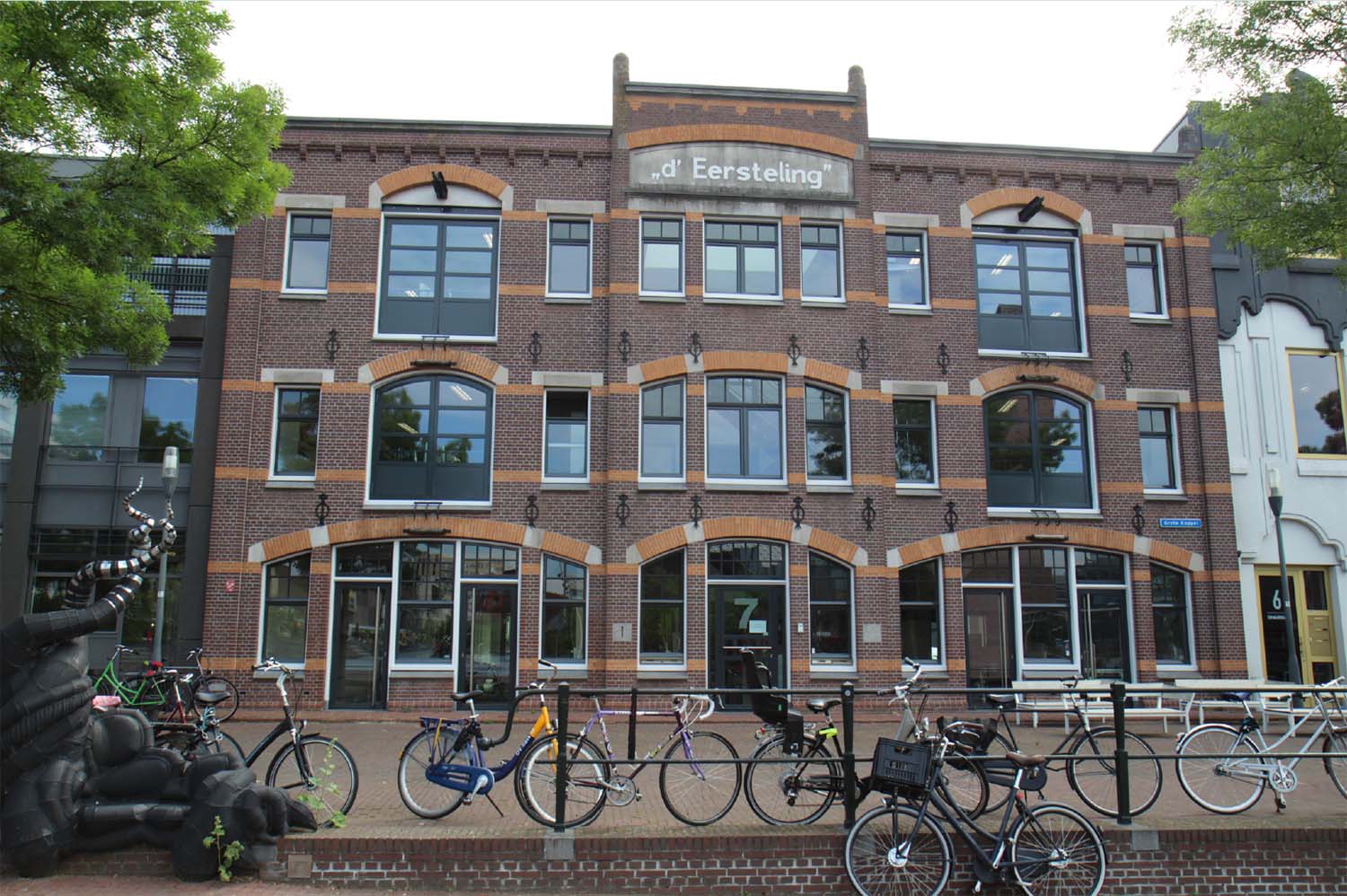 Warehouses in Amersfoort tended to be located in the city centre. This was primarily to allow the municipal government to keep their eye on everything. The space in the city, however, had probably been used up so this site was created here.

The term ‘colonial wares’ refers to products or crops from the (former) colonies.

The first ‘Eersteling’ looked different to these 3 sites and was located on Kortegracht 9. It was a warehouse but also a poultry and livestock feed factory. 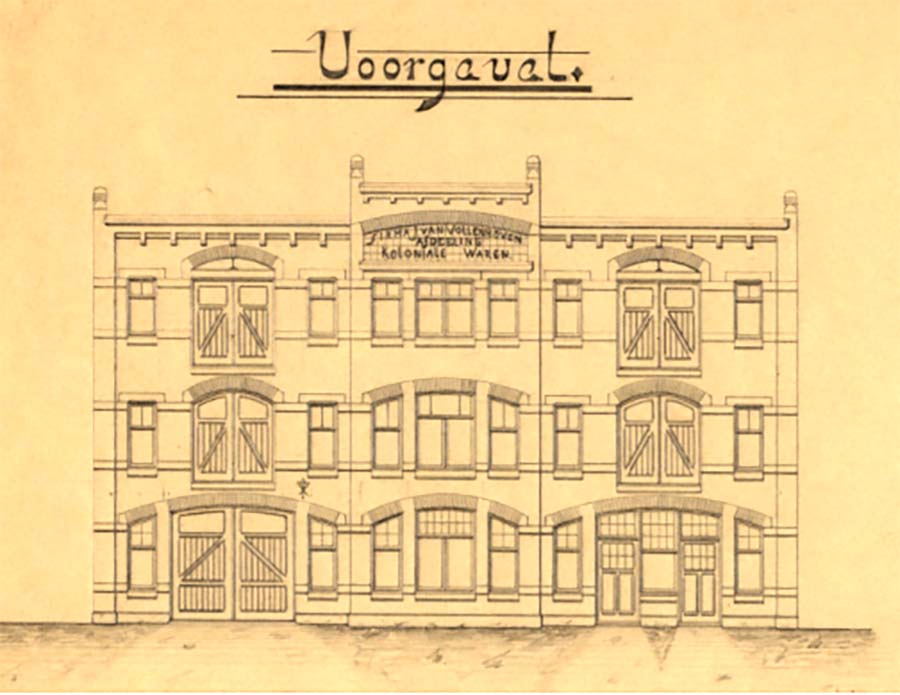