Samuel Siebe Mellema was born in Amsterdam on 16 September 1914. His two sisters and one brother were born earlier in Port Elisabeth, South Africa. He lived in Amersfoort from 1923. His single mother Hendrica Clasina Govaars had a pharmacy on Leusderweg. When the war broke out, Samuel was based on the Grebbeberg, as a sergeant. After the surrender, he refused to hand himself over to the Germans. Samuel joined Theo Dobbe’s resistance group in Nijmegen. 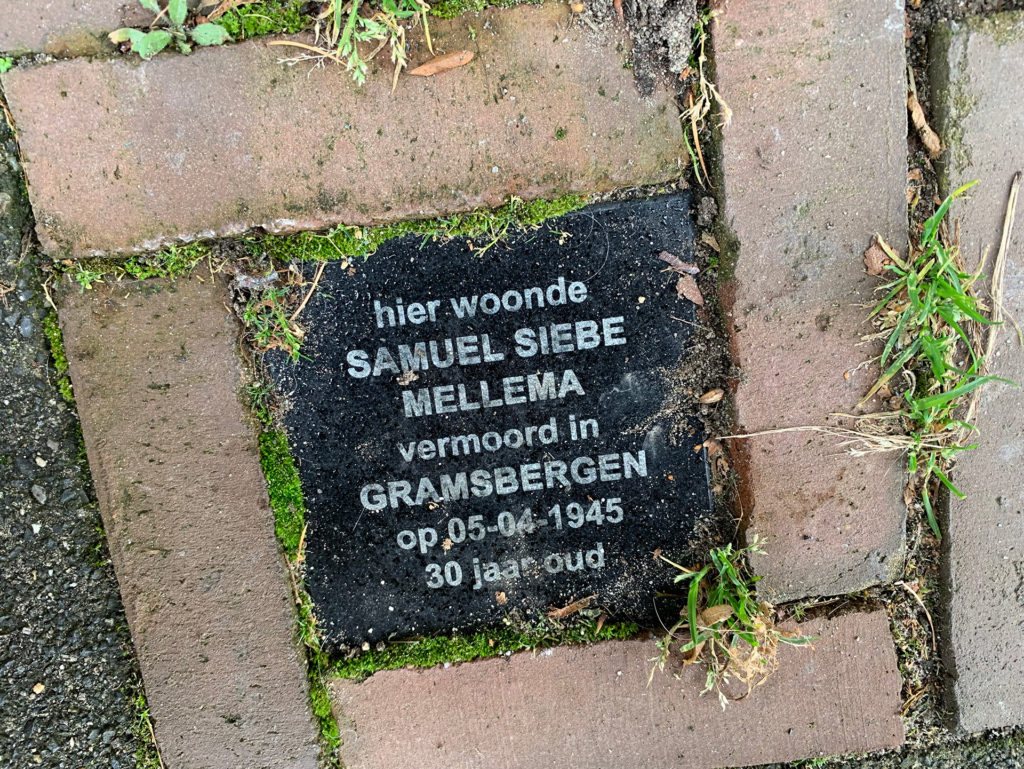 The pharmacy on Leusderweg became the contact address for illegal activities and a storage place for the ‘Oranjekrant’ and ‘Vrij Nederland’ publications. His pseudonym was Bertus. His wife, Nel Haksteeg also worked for the resistance. Just before liberation, he took part in an activity with ‘Binnenlandse Strijdkrachten’ (Domestic Armed Forces), a combination of resistance groups in Gramsbergen. Samuel and another three resistance members were monitoring a bridge over the Vecht, to prevent the withdrawing German troops from blowing it up. On 5 April 1945 there was an exchange of gunfire and all four men died. Samuel died instantly.