Henrietta Wallach-Bachmann was born in Sittard on 16 January 1865. She was the widow of Joseph Wallach. In September 1939, Henrietta moved to Amersfoort. Initially, she lived in the guest house of Rachel Zadoks at Rubensstraat 7, and later at this address until September 1942.

After being forced to move with Rachel Zadoks to Amsterdam, she was transported from her last address, Johannes Verhulststraat 131hs, to Camp Vught in the night of 26/27 January 1943 and then sent onto Camp Westerbork on 29 January 1943. She was then deported on 18 January 1944, on transport number 83, to Theresienstadt and murdered on 11 April 1944 at the age of 79. 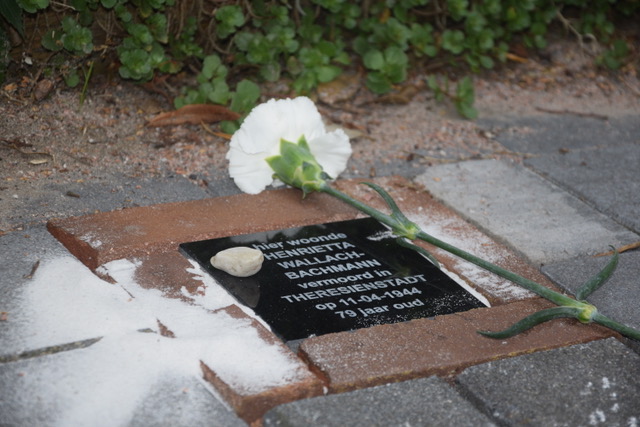