Jacob Abraham Menko was born in Losser on 11 December 1900. He was married to Rozetta Franken. The couple had three children; Truitje (known as Truus), Emmy and Siegfried and lived in Amersfoort from 1939. Emmy was the only one to survive the war and, when reminiscing, can picture the family scene at Madoerastraat. ‘Papa was working. Sieg lay on a bed in the room asleep as he had been suffering from a stubborn infection in his leg. He only moved when a new edition of his comic book was delivered. 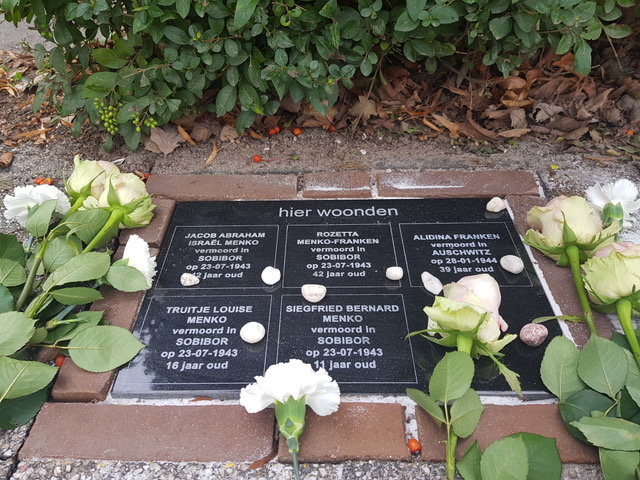 As a businessman, Jacob was the director of the ‘Eenheids Prijzen Amersfoort’ (EPA) department store. In 1939, Jacob opened the fourth branch of the EPA at Utrechtsestraat 14 (to the left of the current HEMA). A star of David was added to the façade in 1909. There was already a branch of the EPA in Almelo, Hengelo and Deventer.

Hiding place in the rye field

As a result of German threats, Jacob and his family decided to go into hiding in the Achterhoek, near Varsseveld. Jacob, his wife Rozetta and their children Siegfried Bernard and Truitje Louise were discovered in hiding on 15 July 1943. They tried to flee but Siegfried, who had an infection in his leg, had to be carried by his father. They didn’t get far and found a hiding place in a nearby rye field. It was not long before they were all found and transported to Camp Westerbork. On 20 July 1943, they were deported to Sobibor on transport number 72 and murdered on 23 July 1943.

Rozetta Menko-Franken was born in Borne on 20 January 1901. She was the wife of Jacob Menko and mother of three children; Truitje (known as Truus), Emmy and Siegfried. Aunty Annie, the nickname of Alidina Franken, lived with the family. Emmy was the only family member to survive the war. Despite the fact that she lost her family at an early age, she still has fond memories: ‘We were a very ordinary, traditional Jewish family. The Sabbath was a different day, when we ate special food. My mother was a great baker. I still remember her letting me lick her fingers when she made butter biscuits.’ Emmy continues: ‘My mother Rozetta often walked into Amersfoort’s city centre, with me in the pram, and we would look in the shops together.’

Rozetta visited her daughter Emmy a few times at another hide-out address. Mother and daughter, however, had no actual contact because the risk was too great. All she could do was watch her daughter sleeping. When her location was divulged, Rozetta was removed, with her husband and children, from their hide-out and taken to Camp Westerbork on 15 July 1943 On 20 July 1943, they were deported to Sobibor on transport number 72 and murdered on 23 July 1943.

Alidina Franken was born in Borne on 13 March 1904. She lived with the Menko family and was a shop assistant. Alidina left Amersfoort to go to Arnhem. The youngest daughter of the family Menko, Emmy, survived the war and explained: ‘Aunty Annie did not go into hiding, but worked as a maid for doctor Tukkerman in Arnhem. She was able to do so as she was blonde and did not wear a star of David. At this time, she also worked as a courier for the resistance.

After an activity that went wrong, Aunty Annie and doctor Tukkerman were arrested and tortured. Because Aunty Annie knew where people were hiding, there was a risk that my addresses would be raided. I was therefore taken to Vlaardingen for six weeks.’ From her last address in Arnhem, Huygenslaan 22, she was arrested on 12 January 1944 and taken to Camp Westerbork. On 25 January 1944, she was then deported on transport number 84 to Auschwitz. There, Alidina was murdered on 28 January 1944. 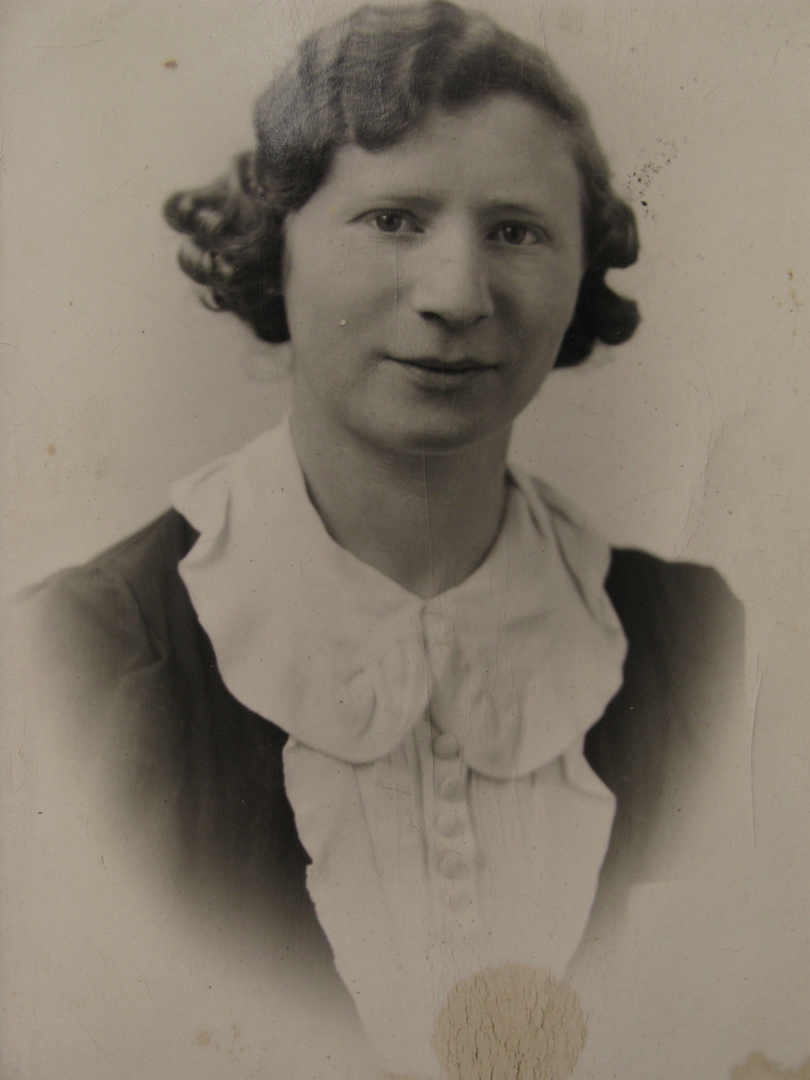