Nicolaas Waalewijn (Nico) was born in Amsterdam on 3 May 1925, son of Pieter Waalewijn and Alida Molenbeek. He was the third child in a family of four. It was a close family. Nico was particularly close to his youngest sister Josephina Helena (Leny). From Amsterdam, they moved to Hilversum and then, on 20 January 1934, to Edisonstraat 69 in Amersfoort. Nico was a versatile young man; he was good at drawing and sport and was musical too. He played the piano and often played duets with his sister Leny. He was a fast learner and went to Baarns Lyceum after attending commercial college. He wanted to study French. 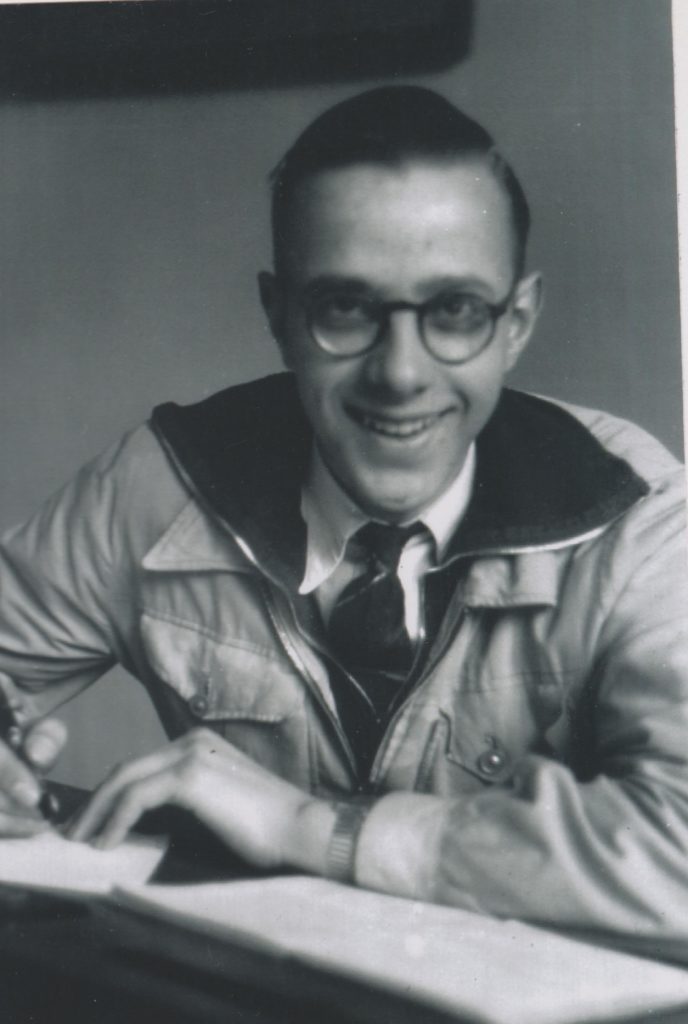 During the war, he was involved in the resistance. On behalf of Rinus van ‘t Eind, he worked with his friend and neighbour Rien Gorter, on monitoring German positions on Dorresteinsesteeg. On 20 April 1945, so just before the end of the war, they were arrested by a Dutch collaborator while they were counting the German troop movements. They were captured and transported to villa ‘t Huys on Kalkwegh on Laan 1914. There, they fell into the hands of the fanatic member of the ‘Sicherheitsdienst’ Ludwig Heinemann; he was known in the east of the country as the beast of Zutphen. They were imprisoned in the cellar, where they encountered GN van Asperen, a member of the National Socialist Movement. He was there because he refused to provide the names of the police officers who were engaged in illegal activities. He was severely beaten and Nico and Rien were treated similarly. According to van Asperen, they were put under enormous pressure to provide the name of their client, Rinus van ‘t Eind. On the same night, father and son Van ‘t Eind were captured, beaten and also thrown in the cellar. In the early morning, two additional prisoners arrived: Petrus Josephus Rogaar and Gerrit Jonkman. They have nothing to do with the business of the other four.

The seven prisoners attempted to break out but their plans were uncovered and security was then strengthened further. In the afternoon of 22 April, Van Asperen was released. On 23 April, the other six were put before a firing squad on the orders of van Heinemann and in his presence, without any form of trial. They were subsequently buried in the garden of the villa. On 4 May they were temporarily re-buried at a location in Camp Amersfoort. Ultimately, the six victims were given a final resting place at the Rusthof cemetery. Nico’s name is inscribed on the Rustenburg monument in Amersfoort. The death of Nico inflicted a deep wound on the Waalewijn family, which never truly healed.

Heinemann fled to Germany after the war. In March 1946, he was arrested and extradited to the Netherlands. He was found to be responsible for 40 murders. He was sentenced to death and executed in February 1947.

With thanks to the family for sharing their family history and providing photos.