Friedrich (Fritz) Wilhelm Kamp came into the world on 8 July 1895 in Krefeld. He was the first child of Adolph Kamp and Henriëtte Kaufmann. His sister Else was born on 5 June 1899. Fritz was raised in an entrepreneurial setting. His family had owned a wholesale outlet in butchery accessories and a company supplying drive belts for silk-weaving machinery in Krefeld for many years. They were active and socially committed residents in the prosperous Krefeld of the time. In 1932, Fritz married Inge Meyer and they had two sons: Rolf Ludwig born in 1934 and Nikolaus Alexander born in 1937. The family lived with Fritz’s parents at Deutscher Ring 45. Fritz rapidly rose to the position of director in the family business Gebr. Kamp. 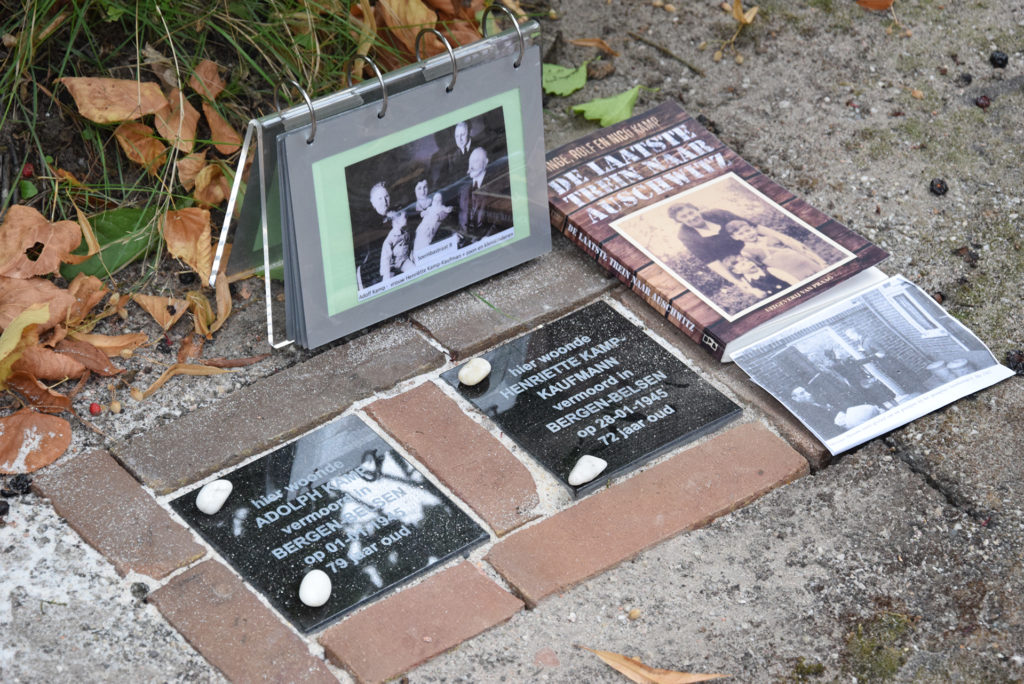 In the meantime, dark clouds had gathered over the lives of the Jews in Germany. The unrelenting anti-Semitic propaganda machine used by the Nazis meant they were regarded as public enemy number 1. For Fritz and Inge, this was good reason to plan a relocation to the Netherlands, with their family, on 10 November 1938. The night before they were due to leave, Kristallnacht erupted across Germany.

In the Netherlands, they found a house in Amersfoort at Voltastraat 55. Fritz’s parents went to live in Soembastraat. But they were not safe. Anti-Jewish measures were rapidly introduced after the German invasion. Fritz went into hiding with Inge in Stoutenburg in 1942; their boys went to another hiding place. NSB betrayal, however, would prove to be his undoing. On 23 May 1944, four Amersfoort police officers arrested both the people in hiding and those concealing them.
Via Euterpestraat, Westerbork to Auschwitz
A police van carried Fritz and Inge ‘to Euterpestraat’ in Amsterdam. At this notorious location, there followed a lengthy interrogation by the SD regarding the location of the children. Three days later, they arrived in the Westerbork transition camp. On 3 September, the 49-year old Fritz Kamp was transported, along with 1,018 others to Auschwitz. He was almost certainly gassed there, immediately after his arrival, on 6 September 1944.

Inge survived the concentration camps. In the summer of 1945, she was reunited with her sons who had survived the war by hiding at 13 different addresses. She died in 2009 in Lugano after a long and active life.