The villa park Bergkwartier was created from 1900 onwards and is a famous city district. Many stunning villas were built here, in the style of the Amsterdam School. It was principally home to affluent families from the large cities who were looking for healthy, fresh air. The villa park was advertised widely. The booklet ‘This is Amersfoort’ from 1915, was highly complimentary about the Bergkwartier. The booklet was also handed out on ships that departed for the Dutch East Indies. 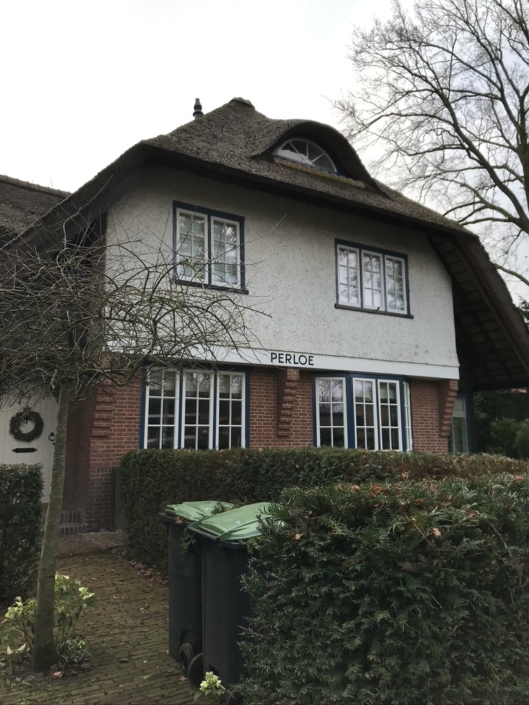 It contained beautiful photos of the villas, including villa Perloe, with balconies and sun rooms. The booklet also stated that the area was free from malaria. For people from the East Indies, where malaria was rife, it was important to know that the area was free of the disease. Malaria was still an issue at that time, in the coastal provinces of the Netherlands. The name Perloe (Indonesian for need) demonstrated that the marketing worked because this villa was undoubtedly home to a family from the Dutch East Indies. It should also be mentioned that the photos in the This is Amersfoort booklet were taken by the famous photographer Cas Oorthuys.